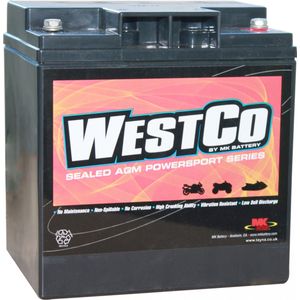 Battery was fine but suddenly would not start - found split in side and acid leak :-( Battery exact fit for BMW100GSPD (Also 1989 BMW R100RT mono)

Does what's needed,as a new battery should. Hope it lasts eight years, like the previous Varta did.

Tight squeeze to get it in but after that, it just gets on with its job and works

Fitted to my R90s, Had a slight problem as there was no charging instructions. A phone call later, and its 1amp or less. My charger is 0.8A, for motorbikes, and it took about 20hrs to fully charge This could cause problems if a high amperage charge is used. As my bike has been off the road for 20 years the battery took quite a hammering due to initial firing up, and the setting up the carbs, The battery is great, it withstood more than a normal battery, with still some left. I would have no hesitation in recommending the battery, but watch how you charge it. Mike.

Well it fired my bike up, but time will tell. Word on the street is these are the D's B's and tired of wasting money on the other ones that die so easily!

Early days. But bike starts and runs. Delivery was prompt. Unusual battery terminals. Not seen them before. But all works well.

Fitted this to my Moto Guzzi Le Mans and after an overnight charge the bike fired rightful after its winter hiatus. This was a top end battery but after my last wet battery split and leaked acid over the engine cases I will only buy AGM quality ones. Tanya's next day delivery was spot on and why I continue to use them

I took the advice given over the phone to check I was ordering the right battery. The battery arrived in good time, I fitted it to the vehicle which started straight away. Job done! Thanks for the great service.

Perfect replacement battery on my R100

Excellent piece of kit. Starts my Moto Guzzi California like it was a moped. Arrived extremely quickly. Many thanks

I cannot fault the speed of delivery. Ordered just before Xmas 2014 and arrived the following day. Astonishing given the parcel furore at that time and the fact I apparently live in outer reaches of space according to most carriers. The Black Isle, just north of Inverness.

Does the job (even after weekend outdoors not used in coldest weather) and lasts well. Previous one lasted five years - well worth the investment

Arrived next day as stated, beautifully packed and perfect fit on bike. Super service and would definately use you again.